“Poetry Is That Which Is Worth Translating”: Writing Between Languages at Avenues

What does it mean to translate a poem? What does translation have to do with being a citizen of the world?

In 9th and 10th grade HIP (High Intensity Practice) Thinking classes, students at Avenues New York have been exploring these questions by reading and translating Spanish and Chinese poems into English. The unit is part of a collaboration between the Upper Division’s intensive language study program and the HIP Thinking program. Its goal is, in part, to help integrate language study more fully into the upper grades experience, where exposure to foreign languages is otherwise limited to students’ Chinese and Spanish classes. But literary translation is also a rich field for teaching foundational parts of the Avenues curriculum. As HIP Thinking teachers, translation interests us for the way it demands both empathy and creativity, asking students to mediate between both an implied writer and an implied reader, balancing faithfulness to the poet’s intentions with the demands of writing smooth, colloquial English. And as teachers invested in developing students both truly fluent in a second language and uniquely equipped to solve global-scale problems, translation, as we’ll see, has some important lessons too. 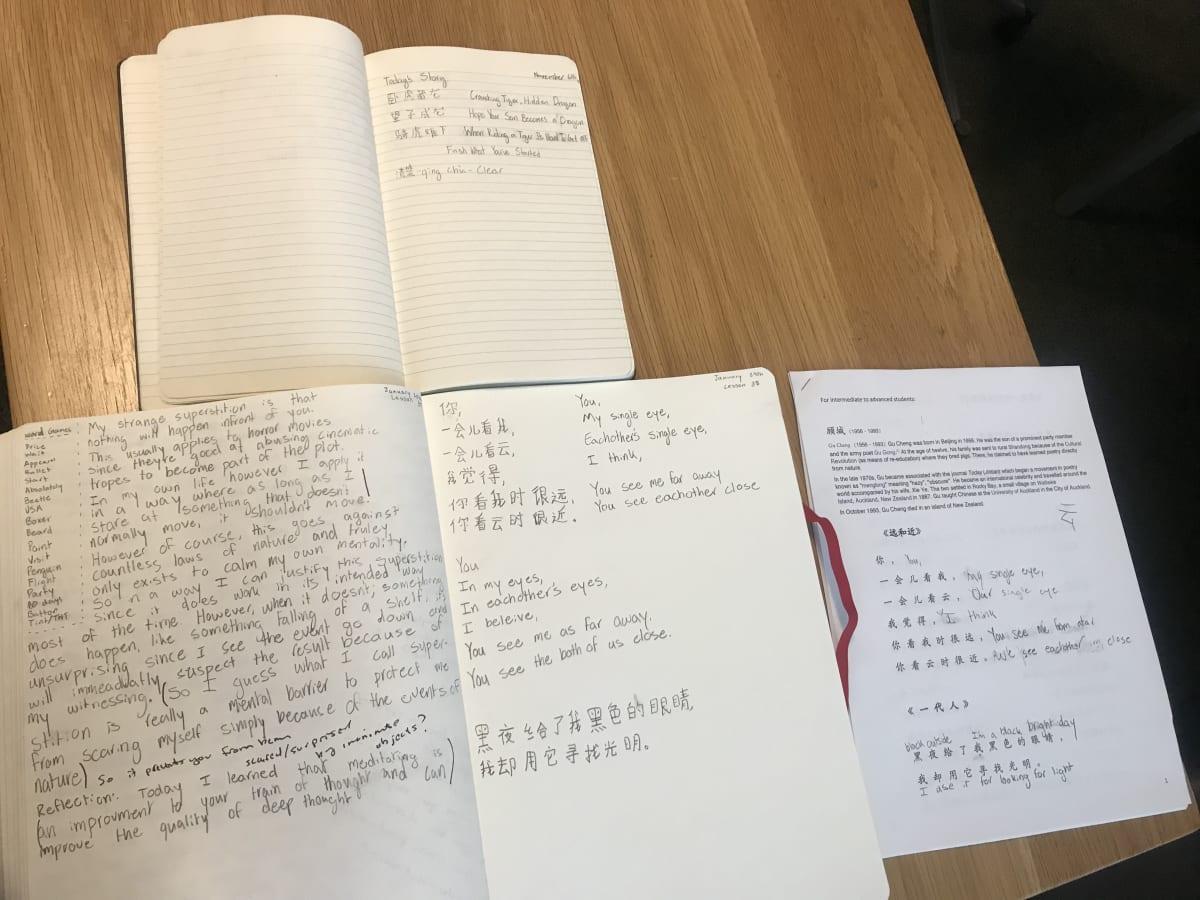 To kick off the unit, faculty worked with language teachers and Avenues librarians to select a wide range of poets and poetry for students to work with during their HIP writing sessions. Spanish students were able to choose from texts as diverse as children’s books, for students in Spanish 1, to more complex texts by Pablo Neruda, Jorge Luis Borges, Ida Vitale, and Silvina Ocampo. Particularly ambitious students could choose the Castilian epic El Poema del Mio Cid. Chinese students were able to choose among texts by major 20th century Chinese poets Gu Cheng, Wang Guozhen, Xu Zhimo and Yu Guangzhong.

In class, students have been using our HIP Thinking problem solving process—orientation, ideation, performance and reflection—to structure their work and guide themselves through the process of developing working translations of their texts. Sharing translations and receiving feedback have been an especially important part of the experience, with students regularly reading their work out loud in both their target language and English. As with all HIP lessons, reflections asked students to reconstruct the thinking behind their work, with a focus on the kinds of thinking involved in translating difficult idioms, words or phrases. “Choose one line and explain what it leaves in and what it leaves out” is a prompt to which our classes often returned.

Throughout the lessons, we have also paired student translation work with readings from Eliot Weinberger’s 19 Ways of Looking at Wang Wei, a concise survey of 19 different versions of the same poem by the famous 8th century Chinese poet, Wang Wei. In part, Weinberger’s little book is a polemical survey of what translators have gotten right and wrong about this oft-translated Chinese writer, and in this regard it’s a great resource for getting students to think carefully about how subtle shifts in language affect the meaning of a poem. What’s the difference between “Deer Park” and “Deer Enclosure,” to offer two possible versions of the title? Why should we care that one translator describes the moss in Wang Wei’s poem as “shadowy,” and another “green”? Why do some translators invent a third-person narrative voice while others do not? However, Weinberger’s book is also an accessible and engaging primer on the art of translation more generally, which makes it especially important for students regardless of their language of study. “Poetry is that which is worth translating,” he declares at the outset, and the rest of the book reads as a kind of meditation on this initial declaration. What, Weinberger asks, are the literary forms that organize poetry in an original language? How should a translator go about deciding on an English equivalent? Is the point of translation to transform the sensibilities guiding a work in Chinese or Spanish into the idioms of the translator’s own language? Or should translators instead render the form of the original as faithfully as they can, no matter how inscrutable the results?

As students have been practicing their translation skills, they have also been reading about and reflecting on their own translation practice, developing working theories of what they do when they translate, and a deeper sense of themselves as readers and writers as well. The result has been, on one level, the development of a wonderful compendium of student-translated poetry, culminating in a poster project that will include a poem in its original Spanish or Chinese, an English translation, and a short “Translator’s Note” or introductory essay, providing context for their work.

But this collaboration between HIP and the language program has also been instructive for teachers in both programs as we continue to consider what it means to teach our respective disciplines at Avenues. As mentioned above, translating well means thinking both empathetically and creatively, mediating between reader and writer in a way that demands novel uses of language while remaining true to the spirit of the original poem. However, as I also suggested, translation is important for how we pursue some of the other fundamental goals of our school. True fluency in a foreign language, for instance, involves not just ease of conversation but a deep understanding of what a word or a phrase gains and loses as a speaker moves between languages. Global-scale problems look differently depending on where you stand, and the particularities of different languages play a fundamental role in mediating experiences of global issues around the world. Above all, though, we’re drawn to the work of literary translation because of how it upends the boundaries between disciplines, provincializes English in the context of our curriculum, and challenges students to work at the very limit of their language skills. 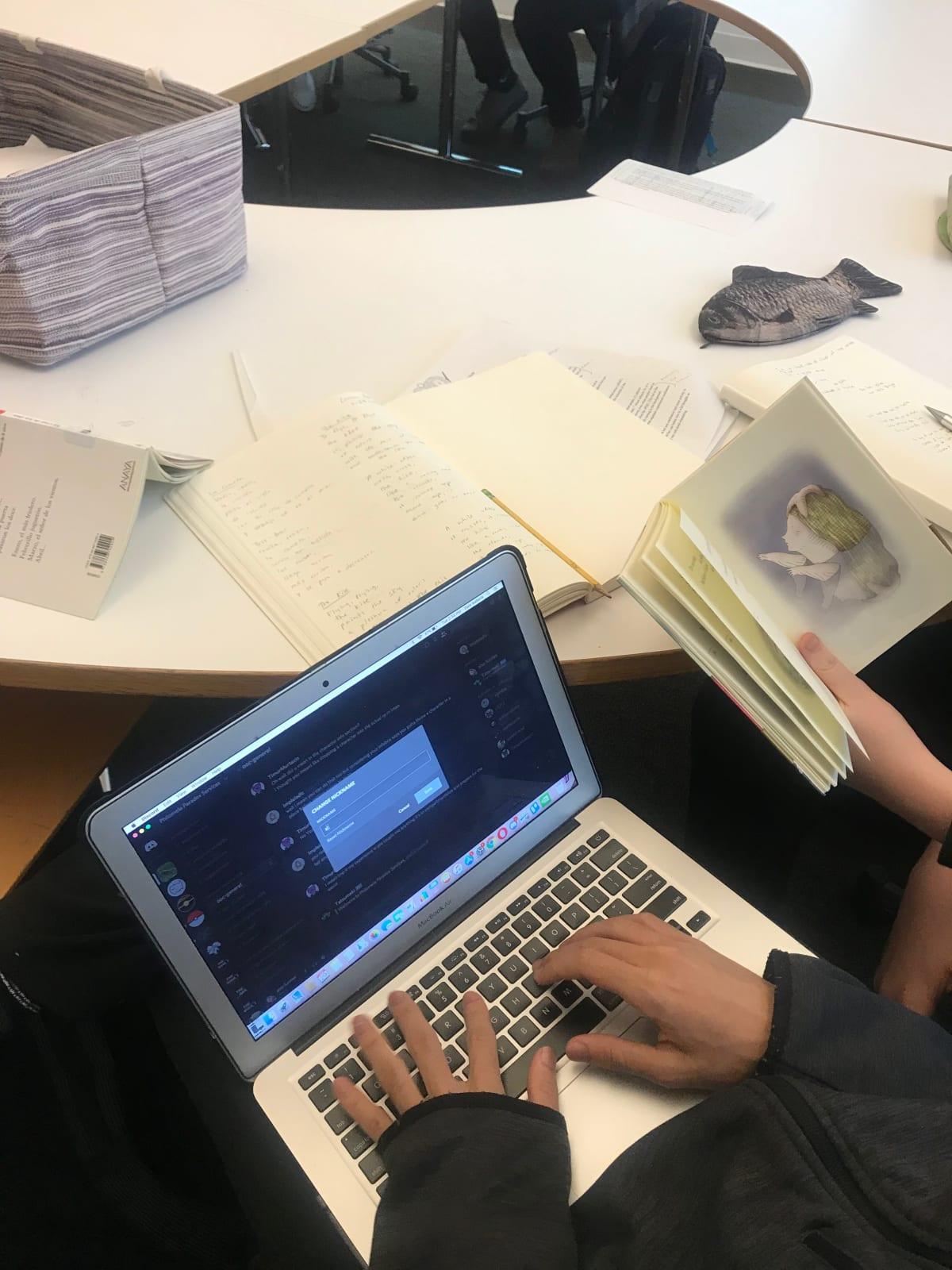 What do you do when confronted with a situation in which the usual rules no longer apply? How do you proceed when you no longer have the words for what you want to say? These are fundamental questions for any translator, but also questions that get to the heart of how we teach students to think at Avenues: The World School. Translation is not, in the end, just a means of enhancing language skills or heightening student abilities for close reading. It’s also practice for the kinds of challenges that will define the future for our students.